The Reserve Bank of India (RBI) has informed that 50 and 200 fake notes are being earned in the market. RBI cautions customers to identify the real note. RBI also told that if you are not happy with the service of a bank, then you can complain to the Lokpal. For this, you have to go to the website and complain to the concerned bank. Along with this, the RBI also revealed the identity of the real note. 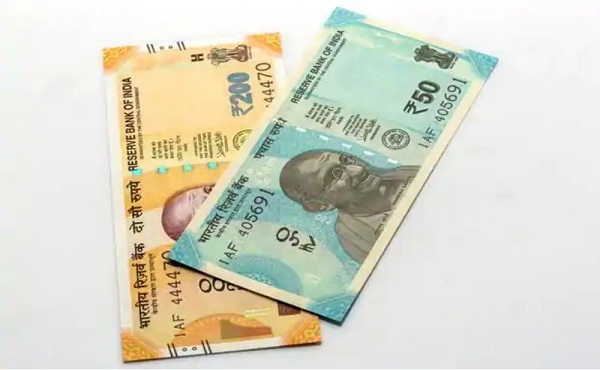 Reserve Bank Assistant General Manager B Mahesh said in an event that after March-April all the old notes will be out of circulation. However, no official statement has been made about this till now. New notes have come in place of old notes of 100 rupees, 10 rupees and 5 rupees. Currently, both new and old notes of 100, 10 and 5 are running in the market. Significantly, the RBI issued new notes of 100 rupees in 2019. Then clearly stated that the currency of the first hundred rupees will also continue.

How to identify a note

And In the middle is a photo of Mahatma Gandhi

On the right is Ashoka Ashoka Pillar emblem

Electrotype (50) is a watermark

The number panels are written in small increasing sizes on the top left and bottom right.

The 50-rupee note has the year printed on the back, the Swachh Bharat logo and slogan, the language panel and the size is 66 * 135 mm. Whereas in a 200 rupee note almost everything is there.

In it, the green thread appears blue when the note is slant.

The general public can complain here

If you are not satisfied with the banking services or have any problem related to the bank, then it is important to know about the complaint before the Lokpal. The Reserve Bank of India has given the link https://cms.rbi.org.in to file a complaint.

Omprakash Chautala’s big statement on Ajay and Dushyant’s party JJP, said – time will tell who is where

Panipat police captain in action mode – Sadar police station SHO suspended for being lax in the case of kidnapping and beating a young...

Haryana Legislative Budget Session: Congress arrived in the House by tying a black band in the proceedings of the first day; Governor Satyadev Narayan...