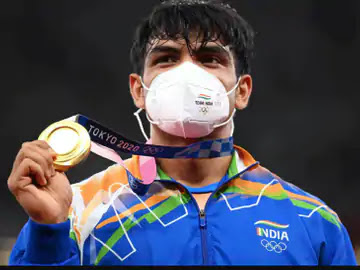 Before this, Subedar Neeraj Chopra will spend two days at the Army Headquarters in Delhi. He will return to Panipat on 15th August after paying respects at the Red Fort. Javelin thrower Neeraj Chopra, a resident of Khandra village in Panipat, has created history in the Tokyo Olympics. He has given India a gold medal in the Olympic athletics event after 121 years. After this it is raining rewards on Neeraj Chopra.

Neeraj Chopra and other medal winners at the Tokyo Olympics reached Delhi late on Sunday evening. Neeraj’s grandfather Dharam Singh told that after the honor in Delhi, Neeraj Chopra will meet Chief Minister Manohar Lal Khattar in Panchkula. It is believed that during this time he will be honored with a reward of 6 crores announced by the Chief Minister.

Girls will now compete with Britain for bronze in Olympics: The family said – what happened daughters who lost the semi-finals, there is still...