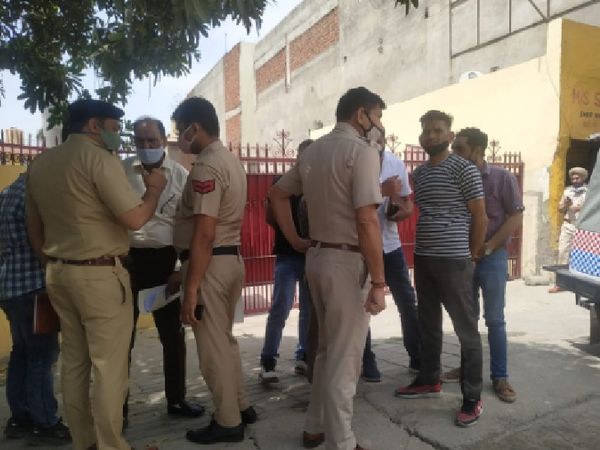 Police reached the spot in Yamunanagar after information about the robbery of a bidi 7 lakh from an employee of a bidi-cigarette businessman.

A major robbery incident took place in Yamunanagar on Tuesday afternoon. Here the employee of a bidi-cigarette businessman reached the bank to deposit the money. As soon as he got off the cycle, suddenly an unknown young man tried to snatch the bag from him, but in an attempt to protest, he fell down on the road and got injured. Taking advantage of this, the crook snatched a bag full of Rs 7 lakh from him and escaped with another partner. After the information, the police has started investigating the spot and started further action.

In a police statement, Sant Prakash, a resident of Ramnagar, said that he works with Ramesh Kumar Brothers Agency in Railway Road Yamunanagar. HDFC comes to collect cash from the shop daily and deposit it in the bank. At 12 o’clock on Tuesday afternoon, he got off the cycle and started moving towards the bank, when a young man from behind started snatching a bag full of money from him. On protesting, Japatmar attacked him, during which he fell and got injured on the ground. Meanwhile, the attacker snatched the bag of money and escaped from the spot with one of his companions, who was riding a motorcycle at some distance.

After receiving the information, the police arrived and took statements of the injured and checked the recordings of CCTV cameras installed around the scene. However, the police did not get any help in ten attempts. It is being told that the bike on which the crooks came, did not even have a number on it.

Question on death in Yamunanagar, The youth went to work in the field in the morning, the dead body was found in the night;...