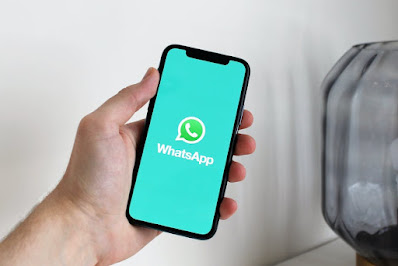 WhatsApp has recently released several new features in its Android and iOS apps. The company had updated features like Joinable Calls View Once to Join. Here are the top three new features on WhatsApp for iOS and Android that you should be using right now.

Messenger app WhatsApp has recently released many new features and updates to its Android and iOS apps. The company had updated features like Joinable Calls, View Ones to join. There’s a lot to get used to on the new WhatsApp app. Here are the top three new features on WhatsApp for iOS and Android that you should be using right now.

Social media platforms have followed Snapchat in introducing a feature that allows receivers to take a look at photos and videos before they disappear. WhatsApp is the latest application to adopt this View Once feature. If you send a photo or video using this feature, they will be deleted directly after being opened and viewed. According to the company, this feature is useful for sending temporary information like passwords.

WhatsApp introduced this feature in July. It allows users to jump into a voice or video call once the call has been initiated. Like other features like Google Meet and zoom, people who miss out on starting a group video conversation can join at any time during the call. Until this feature is released, if you want to allow another new user to add you, you will have to hang up the call and resume.

3. Transfer Data from Android to iOS

There are many users who want to switch platforms – from Android to iOS or vice versa, but are not able to do so due to the fear of losing all their WhatsApp data. Well, now things are changing. Previously, there was no way to move your chat history from system to system. However, you can now use the Smart Switch feature to back up your chat history and files and transfer them to a new phone.

Have you tried any of these features yet? All these are now available on the stable WhatsApp app on both Android and iOS. Some other new features include updates to archive chat and multi-device support for WhatsApp.