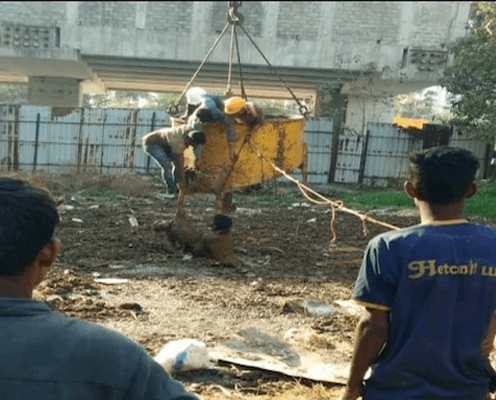 A 10 Years old boy died after falling into a swamp of cow dung at Tbele in Kandivali West Dhanukarwadi. This painful incident is from 3 pm to 3:30 pm on Thursday afternoon. It is being told that Durgesh Jadhav went to the tomb near his house in Dhanukarwadi in the vicinity of catching the kite but he fell in the dung pit made there. During this time, he could not get out of cow dung and he died due to suffocation.

Was single child of parents

According to information received from senior officer of Kandivali police Baba Saheb Salunkhe, 10-year-old Durgesh Jadhav was the only child of his parents and lived with his parents in the nearby SRA building.

The police reached the spot immediately after the local people received information about the incident. Durgesh was taken out by the police with the help of a crane but by then he had died of suffocation. After Durgesh’s death, his family is in a weeping state. Parents are saying the same thing again and again that if their dear son did not go there, then this painful accident would not have happened to him. The whole family is in disarray due to the loss of a son. At the same time, police has registered a case under ADR in this case. Now the police has started investigating of this case.